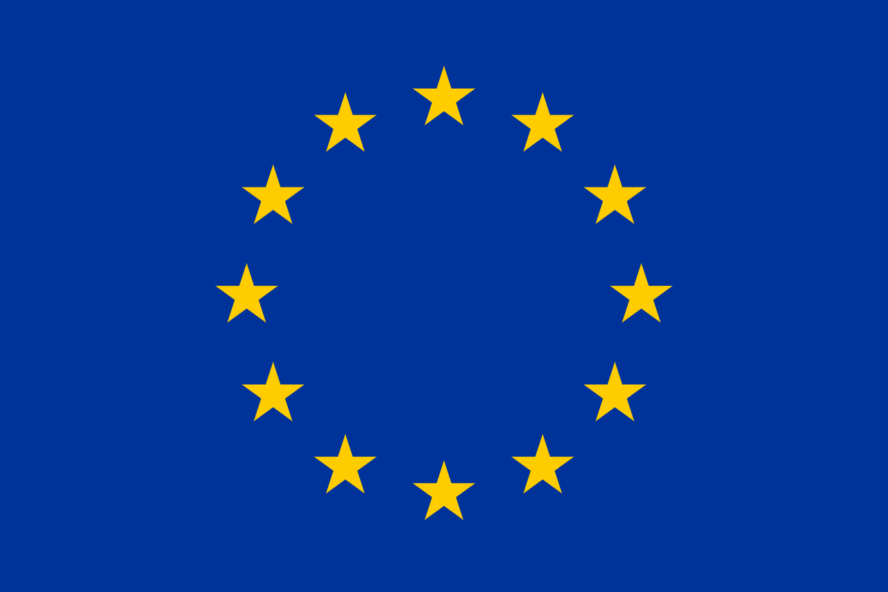 The Flag of Europe is the flag and emblem of the European Union (EU) and Council of Europe (CoE). It is also used to indicate the euro or eurozone countries. It consists of a circle of 12 golden (yellow) stars on a blue background. The blue represents the west, the number of stars represents completeness while their position in a circle represents unity. The stars do not vary according to the members of either organisation as they are intended to represent all the peoples of Europe, even those outside European integration.

The evolution of what is today the European Union (EU) from a regional economic agreement among six neighboring states in 1951 to today’s hybrid intergovernmental and supranational organization of 28 countries across the European continent stands as an unprecedented phenomenon in the annals of history.

Dynastic unions for territorial consolidation were long the norm in Europe; on a few occasions even country-level unions were arranged – the Polish-Lithuanian Commonwealth and the Austro-Hungarian Empire were examples. But for such a large number of nation-states to cede some of their sovereignty to an overarching entity is unique.

Although the EU is not a federation in the strict sense, it is far more than a free-trade association such as ASEAN or Mercosur, and it has certain attributes associated with independent nations: its own flag, currency (for some members), and law-making abilities, as well as diplomatic representation and a common foreign and security policy in its dealings with external partners.

The EU in the world

Trade
The European Union is the largest trade block in the world. It is the world’s biggest exporter of manufactured goods and services, and the biggest import market for over 100 countries.

Free trade among its members was one of the EU’s founding principles. This is possible thanks to the single market. Beyond its borders, the EU is also committed to liberalising world trade.

Humanitarian aid
The EU is committed to helping victims of man-made and natural disasters worldwide and supports over 120 million people each year. Collectively, the EU and its constituent countries are the world’s leading donor of humanitarian aid.

Diplomacy and security
The EU plays an important role in diplomacy and works to foster stability, security and prosperity, democracy, fundamental freedoms and the rule of law at international level.

EU Trade newsletters
Weekly digest of the latest press releases on EU Trade and the latest speeches by the EU Trade Commissioner.
> Newsletter

The Benelux is an intergovernmental partnership between Belgium, Netherlands, and Luxembourg.
> Benelux