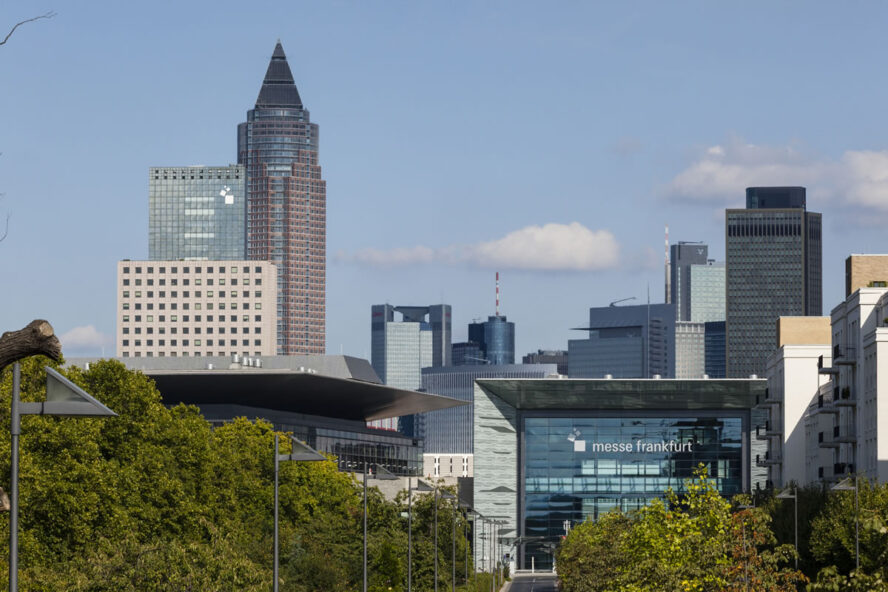 This year, Messe Frankfurt looks back on 100 years of doing business through its international sales partners. The global player now has a presence in 190 countries, creating an international network with 30 subsidiaries and around 50 sales partners that is without equal in the German exhibition industry.

Wolfgang Marzin, President and Chief Executive Officer of Messe Frankfurt: “The success of our global network structure can be seen in the fact that many of our foreign events are the second- or third-largest in their respective sectors worldwide – the largest being the corresponding flagship event at our Frankfurt base. The importance of this international network to our company has also been underscored during the pandemic, because our foreign events have allowed us to generate revenues that were denied to us in Frankfurt.”

Over the next 40 years, Messe Frankfurt continued to grow internationally, achieving two major milestones with its first trade fair outside Germany – Interstoff Asia in Hong Kong in 1987 – and the establishment of its first foreign subsidiary in Tokyo in 1990. Some of the company’s present-day subsidiaries started out as international sales partners, including the French subsidiary set up in 2002.

Messe Frankfurt has been enjoying successful long-term relationships with its international sales partners for 100 years now. These sales partners acquire customers locally, affording Messe Frankfurt access to industries, customers, ministries and associations in a wide range of countries. The result is a global network that continues to expand. Marzin: “Even in difficult times like during the global pandemic these past two years, we believe in the power of our international network. That is because we believe in achieving international understanding through face-to-face interaction and the peaceful exchange of products and ideas. Countless long-term professional partnerships – and lasting friendships – have come into being at trade fairs.”

While their activities sometimes overlap, subsidiaries act on a different level than sales partners. They organise foreign trade fairs, most of which are based on flagship fairs held at our Frankfurt base. In this way, they are also able to send a continuous stream of new customers to Frankfurt. And, like our sales partners, they market Messe Frankfurt’s global portfolio of trade fairs in their home countries. Messe Frankfurt’s successful business model is particularly evident in Asia.

The Messe Frankfurt Group is the world’s largest trade fair, congress and event organiser with its own exhibition grounds. The Group employs approximately 2.300 people at its headquarters in Frankfurt am Main and in 30 subsidiaries around the world.
messefrankfurt.com