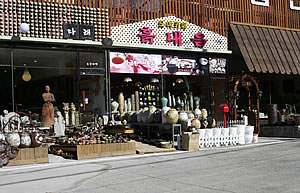 Icheon Ceramics Village produces traditional Korean ceramics, which are of high quality. The village became the center of traditional pottery during the Joseon Dynasty (1392-1910) for about 500 years due to the easily obtainable materials in the areas. Icheon Ceramics Village was also the center of Joseon Baekja ceramics. Presently, about 80 pottery factories are congregated at the village, and about 300 pottery kilns are in use.

Visitors can observe the pottery production process, and purchase them directly. It is worthwhile to see the crafts of these potters known as Living Cultural Treasures of Korea for creating the highest quality handicrafts. Not only are the traditional Cheongja,Baekja, and Buncheong pottery produced here, but you can also view modern design pottery. The Haegang Ceramics Art Center is the only ceramics Art Center in Korea, where you can learn about ceramics. One of the must-see events at Icheon Ceramics Village is the internationally famous “Icheon Ceramics Festival” held every year. Displayed pottery as well as, pottery classes, traditional kiln handling, pottery character show, and even parades are held.

The exhibit “Icheon: Reviving the Korean Ceramic Tradition” was on display at the American Museum of Ceramic Art, AMOCA from October 12th- December 29th, 2013.
For more images of the show – http://goo.gl/tcChe0

If you would like to learn more about the five Master Hands and the fascinating history of dojagi–Korean ceramics–stay tuned for the release of A Thousand Year Journey, the tale of an art that was lost and the men who revived it.

Five Korean master ceramicists keep an ancient legacy alive: a tradition that has passed from master to student through war, loss, and revival. From acclaimed filmmaker director Michael Oblowitz comes “A Thousand Year Journey,” featuring Estella Warren, Johnny Yune, and a millennium of sacrifice. Coming soon to a festival near you. For inquires, contact CFAlosangeles@gmail.com

The American Museum of Ceramic Art is honored to present ICHEON: Reviving the Korean Ceramics tradition, an unprecedented exhibition organized by Icheon, South Korea. Icheon has a history of ceramic culture that began over 5000 years ago and has a reputation for its internationally renowned ceramics cultural events. Now Icheon has reached out to an American institution for the very first time. As the premiere exhibition of its kind in the United States, ICHEON will present over 230 objects never before seen on American soil that exemplify the revival of the ceramics tradition in Korea from antique techniques to contemporary innovations.

About AMOCA
Founded in 2001 and opened in September, 2004, AMOCA is one of the few museums in the United States devoted exclusively to ceramic art and historic innovations in ceramic technology. It is located in an area abounding with ceramic history and internationally recognized clay artists from the Arts and Crafts Movement, the 60’s Clay Revolution and the current Studio Pottery Era. Geographically, the building is located in an urban downtown district where art is an important element of the continuing and successful community revitalization program. The home community consists of a rich ethnic mix and a large academic constituency with approximately fifteen institutions of higher learning within an eight-mile radius.
amoca.org/icheon-reviving-the-korean-ceramics-tradition

Designated UNESCO City of Crafts and Folk Arts on 20th July 2010, Icheon became the 23rd member of the Network.
unesco.org/creative-cities-network/crafts-and-folk-art/icheon/ 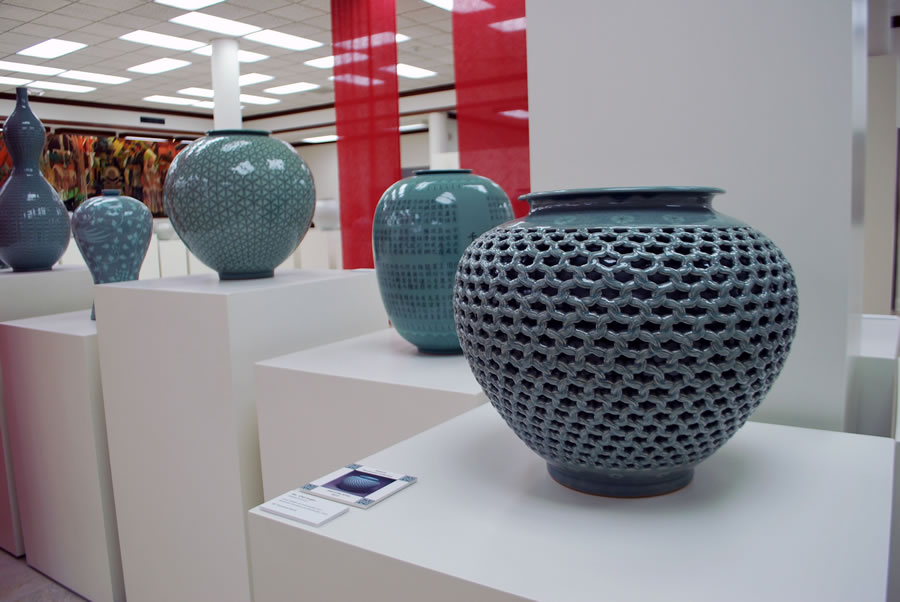 The exhibit “Icheon: Reviving the Korean Ceramic Tradition” at the American Museum of Ceramic Art, AMOCA